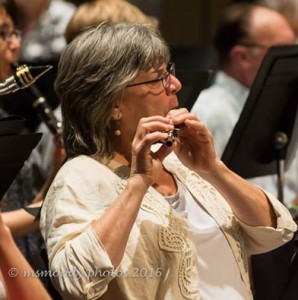 The Sacramento Philharmonic, Opera and Ballet orchestras as well as the Napa Valley and Modesto symphonies. Ms. Edwards also performs with other Bay Area orchestras including the San Francisco Ballet and Opera orchestras. She has also performed Broadway productions of shows touring through San Francisco playing at the Orpheum, Curran and other local theaters. 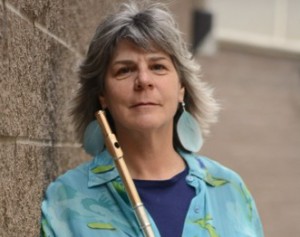 In addition to performing works from traditional flute repertoire, Ms. Edwards has created arrangements to fit the needs of any given ensemble. Some of these arrangements can be heard on her CD “Easy As” which showcases various combinations of flutes – piccolo, alto, and bass flute – with pianist Michael Slaughter. Funded by a grant awarded by the Peninsula Community Foundation, this CD features original compositions by American composers as well as exclusive arrangements by Ms. Edwards. In 2005, Ms. Edwards recorded a sound track for the new exercise PBS series, “Classical Stretch“. She has also recorded sound tracks for independent film makers and in-house producers.

Ms. Edwards received her Master of Music degree from the San Francisco Conservatory in 1986. She has studied with some of the world’s pre-eminent flutists in a variety of settings that include private studio work and in master classes.